Here are some of the most iconic speeches, and how they shaped the course that the nation took

Every Independence Day is an occasion to remember, cherish and celebrate India’s freedom; to plunge into India’s history — both pre and post-Independence — and marvel at the achievements and sacrifices of the country’s freedom fighters.

Every Independence Day also marks the occasion when the Prime Minister of India addresses the nation. Here are some of the most iconic speeches, and how they shaped the course that we — as a nation and as a people belonging to that nation — took. 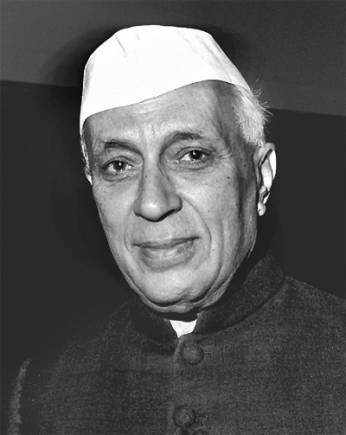 “Long years ago we made a tryst with destiny… At the stroke of the midnight hour, when the world sleeps, India will awake to life and freedom.”

This was India’s first Prime Minister Jawaharlal Nehru’s iconic speech, delivered on the midnight of August 14, as India entered its first day as an independent nation.

Nehru’s speech instilled hope of a new, free dawn for the people of India, and inspired courage, even as the nation stood divided — both geographically as well as internally along communal lines.

Nehru addressed the nation from the ramparts of Red Fort 16 more times after that, but his first speech has come to define the way consequent speeches have been written, in a manner that will address the nation, as well as the idea of it. 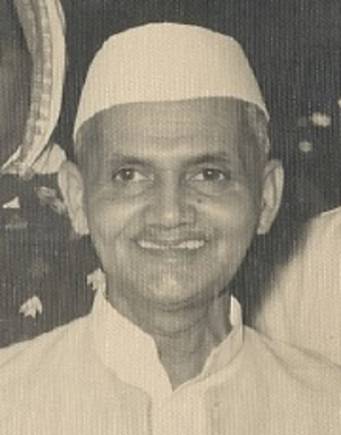 Lal Bahadur Shastri, India’s second prime minister and, some would argue, a forgotten giant of India’s post-Independent history, delivered his first I-Day speech on the background of Nehru’s death, and his second on the background of Pakistan’s intrusion into India, which triggered the 1965 India-Pakistan war.

Speaking about 10 days after the first Pakistani infiltrators had made their way into the country, Shastri’s repeated calls for ‘Jai Jawan, Jai Kisan’ and his firm assertion that “force will be met by force” inspired a nation and an Army demoralised after the 1962 defeat to China.

“Whether we remain or not, let this country remain strong, and let this flag keep flying,” Shastri had said; lines which are still relevant, and still upheld. Morarji Desai was the first non-Congress Prime Minister to come to power in India. But what was even more essential was the fact that he was helming— and thus addressing— a nation that had emerged from Emergency, which in its very nature was undemocratic and going against the idea of freedom.

During his 1977 speech, Desai stuck to the moment, and spoke about building power of the people. “You can catch me by the ear when I make a mistake. But do not catch me alone; catch all colleagues of mine if mistakes are committed. That is the kind of people’s power we want to build.” 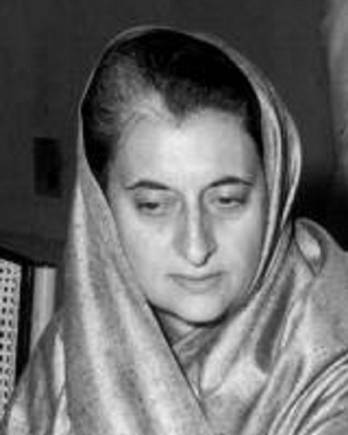 Indira Gandhi became the Prime Minister of India in 1966. She was the first woman prime minister, and addressed the nation from the ramparts of the Red Fort 16 times.

In her first I-Day address, she spoke about India’s glorious past, a past “studded with achievements”. “It is for us to see that our record remains unblemished,” she had said.

In a sense, Indira Gandhi managed to keep her promise— she led India to victories, internationally as well as on domestic front.

The former Principal Information Officer of the Government of India, I. Ramamohan Rao relates how, on the eve of Gandhi’s 1975— the year she declared Emergency— Independence Day speech, she received the news of the assassination of Bangaldesh’s Sheikh Mujibur Rahman and the coup in Dhaka. “Indira Gandhi’s face that day at Red Fort looked like it had been carved in stone,” Rao wrote.

Around two months before she was assassinated, in her address from the Red Fort in 1984, she spoke about protecting India and its independence.

“… We have to protect this flame of Independence from every storm, every gust of wind,” she had said. 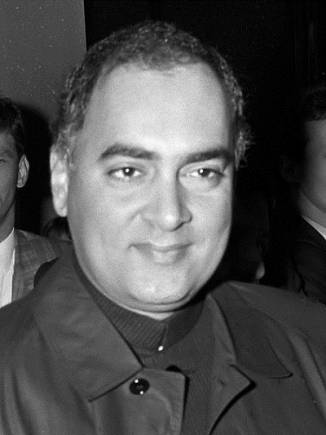 The youngest Prime Minister of India and the third to assume that position from his family addressed the nation five times.

In 1986, he addressed not just India, but also the diversity that makes up India. “Being an Indian does not mean we are mere inhabitants of country… We have a diversity of cultures. We belong to different religions- Hindus, Muslims, Sikhs, Christians, Jains, Parsis and Buddhists… We accord equal respect to all faiths and religions. Our strength and unity flow from this fact. This is the only path we must follow, for our strength lies in our diversity.”

In his 1989 I-Day speech, three months before he lost power right in the middle of the Bofors fiasco, he spoke about his vision for India.

“We have to make India self-reliant. We have to develop India into a great power in the world but not like other great powers that have risen by suppressing others,” he had said. 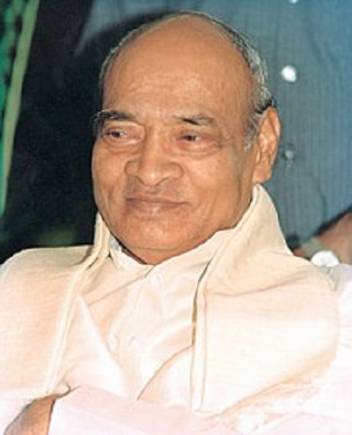 Narasimha Rao had the distinction of being the first Prime Minister from the non-Hindi belt. He assumed the top position during a tumultous time: India’s economy was in crisis, communal and caste-based politics was rearing its head out once again and Rao was personally battling internal politics within the Congress.

In 1993, with communal politics at its peak, and in the aftermath of the blasts and riots in Bombay, Rao spoke about not allowing bombs to affect India’s still-recovering economy.

“In such a big country, will we allow two or three bombs to put the economy in disarray? How will we work? We will just not permit this to happen,” Rao had said. 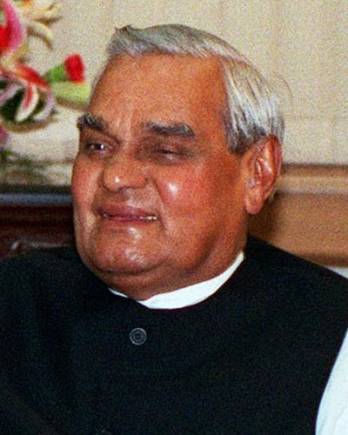 Vajpayee addressed the nation from the Red Fort six times. Dramatic and long pauses and speeches laced with poetry made Vajpayee a formidable orator.

The Bharatiya Janata Party (BJP) patriarch is known for many things, among them are making India a nuclear power and his policy on Kashmir— something that he espoused during his Independence Day addresses as well.

“I have a vision of India: an India free of hunger and fear, an India free of illiteracy and want. I dream of an India that is prosperous, strong and caring. An India, that regains a place of honour in the comity of great nations,” he had said in 1999.

Three years, a loss in no-confidence motion and a win in general elections later, Vajpayee spoke on Kashmir, saying Kashmir, for India, is not a piece of land, but “a test-case of Sarva Dharma Samabhava— secularism.”

“India has always stood the test of a secular nation. Jammu and Kashmir is a living example of this. And this itself is Kashmiriyat,” Vajpayee said. 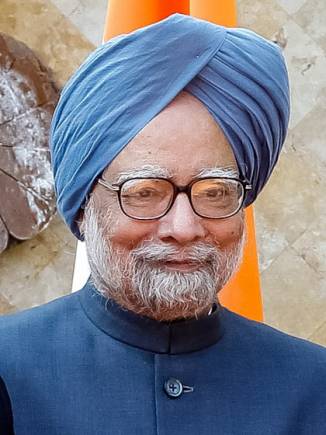 Much like Rajiv Gandhi, Singh also nodded to India’s unity in diversity in his 2007 speech.

In 2013, Singh spoke about ridding India of “poverty, hunger, disease and ignorance” if the country progressed on the path it had been progressing for the past 10 years. 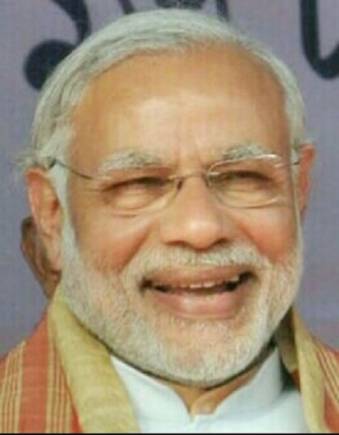 Narendra Modi is known to be silver-tongued and he doesn’t regard public speaking as just a part of the job — he revels in it.

Modi has tended to emphasise upon the concept of a united nation, a trait he has shared with his two predecessors. In his first speech as the Prime Minister, for instance, Modi spoke about nation-building.

“My dear countrymen, this nation has neither been built by political leaders nor by rulers nor by governments,” Modi said.

“This nation has been built by our farmers, our workers, our mothers and sisters, our youth. The country has reached here today because of generation-to-generation rigours undertaken by our sages, our saints, our maestros, our teachers, our scientists and social workers,” he added, speaking extempore and breaking the tradition of reading from a paper.

In 2016, Modi roused the Balochistan issue, sending a signal across border to Pakistan.

“Today, I want to especially honour and thank some people from the ramparts of the Red Fort. For the past few days, the people of Balochistan, people of Gilgit, people of Pakistan-occupied Kashmir, the way their citizens have heartily thanked me, the way they have acknowledged me, the goodwill they have shown towards me…” he said.