The Green Revolution in Punjab made the country self-sufficient because of quantum jump in production of foodgrains, but the state now finds it difficult to utilize around 230 lakh tonnes of paddy generated every year, having no economic value for the farmers.

Agriculture scientists say 80% of the paddy straw is burnt in fields by the Punjab farmers every year in November, resulting in heavy smog in the state. 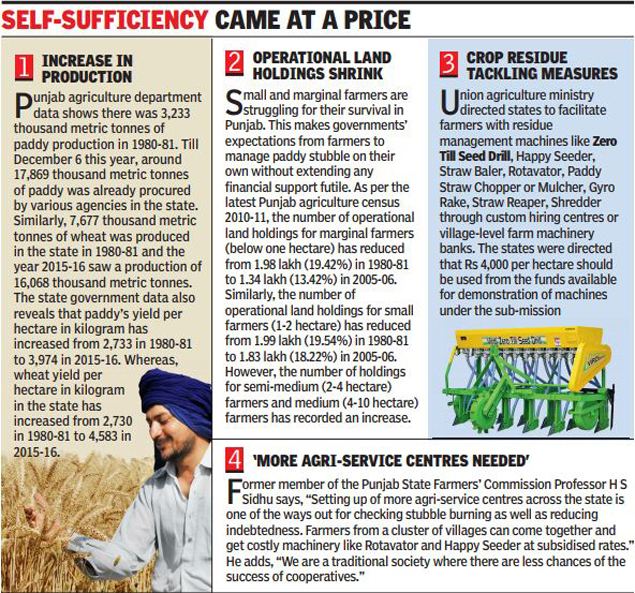