Unlike the two-horse race that is Android and iOS, the smartwatch OS realm still has more options, from Apple, Google, Samsung, Fitbit, and Garmin, although this is already seeing companies drop out owing to a lack of demand or innovation, leaving Apple to dominate. Among the big ones, Fitbit is newest to the smartwatch race, ever since it acquired the Kickstarter-famous start-up Pebble in late 2016 to build Fitbit OS, which now powers its two smartwatches, the Ionic and the Versa, the latter of which launched this week in India.

As with every other Fitbit product, health and fitness is at the core of what Versa offers. It’s Fitbit’s area of expertise after all. “We’ve always believed that health and fitness was the killer app for wearables,” Steve Morley, Fitbit Asia Pacific’s Vice President and General Manager, told members of the press after the Versa launch on Wednesday. “Many other people have not believed that, [or] didn’t believe it in the beginning and changed their version of the story halfway through.”

Morley is talking indirectly about Apple when he talks about pivoting, referring to the Apple Watch’sshift to fitness after focusing on apps in its first year, which has since surpassed Fitbit to become the market leader in the wearables category. While Fitbit dominated the market early on with its range of fitness trackers, it was late to see the rising demand for smartwatches, and has been playing catch-up ever since, which is why it snapped up Pebble to bolster its efforts.

“We’ve had some tough questions upstairs, ‘What’s your point of difference?’. It’s not one of our sexy things, but it works almost a week between charge, [which] means we can measure your vital signs,” Morley said. “Show me someone else who can do that, and then we’ll talk about the competition. If health and fitness is what you’re after.” 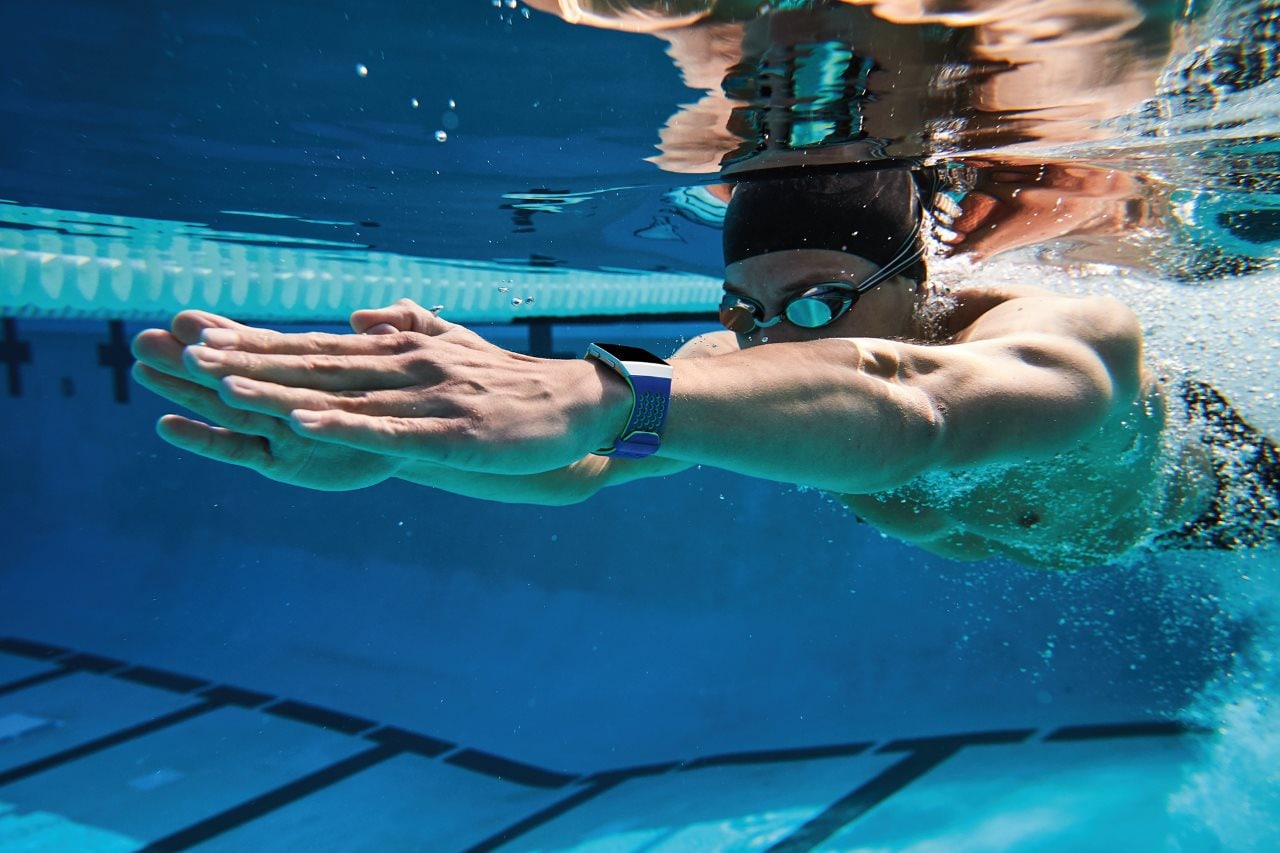 Both the Ionic (seen) and Versa are waterproof

Fitbit claims the Ionic has a battery life of up to five days (we got over four days, as noted in our review), and the Versa will last for four-plus days. No other product – a smartwatch with a full-colour display – in the market comes close to that. Both the Apple Watch Series 3 and Samsung’s latest the Gear Sport last less than two days, and the best Wear OS offerings from Fossil need to be charged every night. Owing to that, those smartwatches can’t track vitals day and night, which is crucial to Fitbit’s mission.

“[It’s a] big challenge to make a 1,000-nit screen, as bright as anything in the marketplace, but if it’s going to be a health and fitness device, and meet the internal standards we have at Fitbit, it’s gotta have at least four-plus days of battery life,” Morley said. “Otherwise we can’t track heart-rate continuously, we can’t track sleep, and we can’t get the insights we need.”

A smartwatch for women too, hopefully
The Versa is important to Fitbit for several reasons. It’s the biggest launch for the wearable maker this year. Two, even at low volume, smartwatches provide a big revenue share, Morley explained. And with the Versa, Fitbit wants to change who buys smartwatches too.

“[There’s been a] huge effort to make it a gender-neutral product, appeal to ladies and men,” he added. You can choose from a square (Apple Watch) or round design (Gear Sport, Fossil Q), which is why Fitbit designers ended up making the Versa a ‘squar-cle’, Morley noted, a portmanteau of square and circle.

While the Ionic had a dearth of accessories, especially in India, Fitbit is trying to do better with the Versa. “The base range of accessories is the broadest we’ve ever brought to support a product, including leather, mesh, and metal. And I think there’s a bunch of 22mm metal classic watch straps in the marketplace, that because of the traditional nature of the mechanism, will give people more choice.” 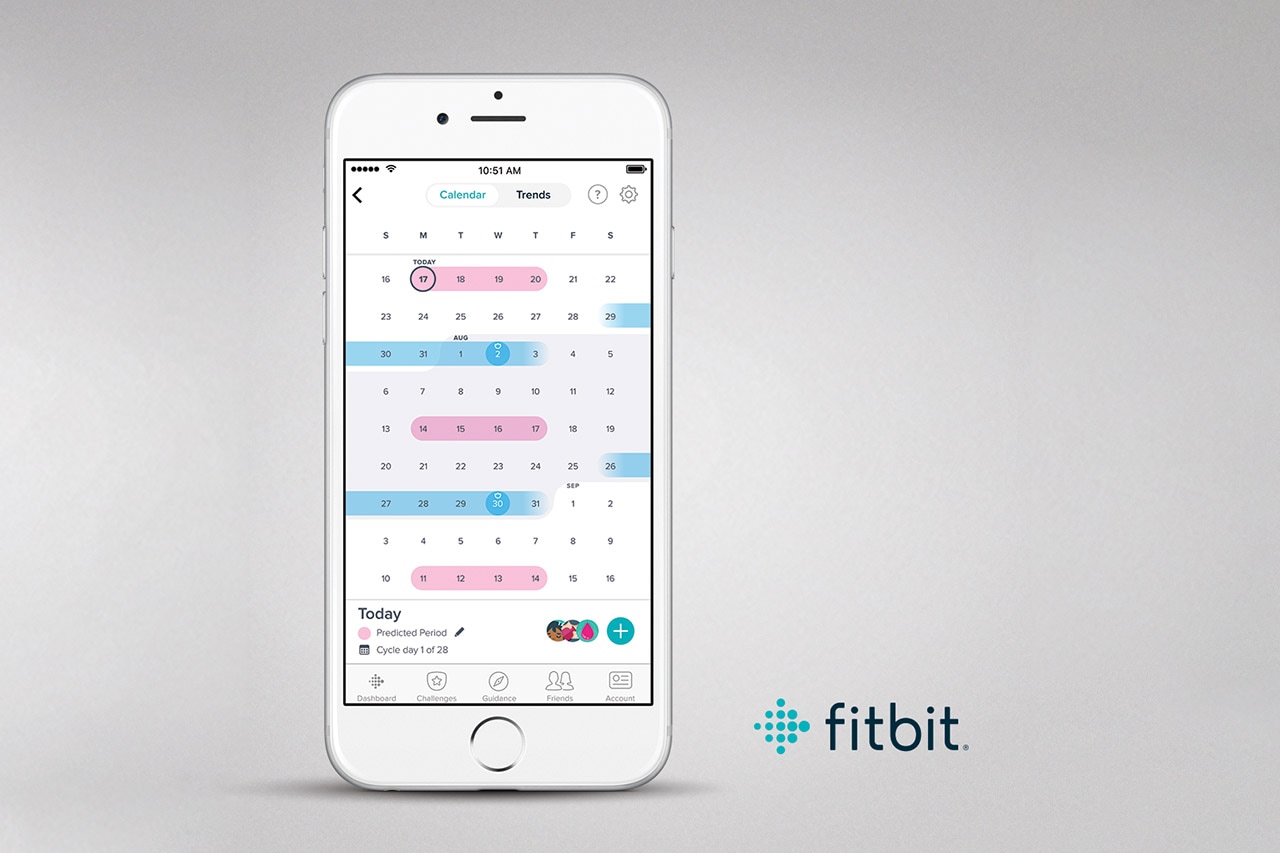 Meanwhile, Fitbit has rolled out female health tracking on its apps, which allows women to keep a track of their menstrual cycle. Morley said that 25 percent of women have been using other apps to track their cycles, and its addition to the Fitbit app allows them to keep a check on their overall health in one place. Moreover, in its announcement, Fitbit revealed that more than 70 percent women are “unable to correctly identify the average length of a cycle”.

“We think it’ll be really powerful for people to see the impact of their cycle on how they exercise, how they feel,” Morley said. Female health tracking will be available to all Fitbit users, and those who have the Ionic or Versa will able to input their symptoms on the smartwatch itself, with the help of quick icon inputs.

“Where there is audited data, smartwatches today have been predominantly adopted by men, so we honestly believe Versa will, globally and in India, completely change our share position in smartwatch,” Morley added. “And we honestly believe we’ll attract a much more balanced gender mix with Versa, than any of our competitors.”

Rather than attracting a balanced gender mix, the bigger question in India for Fitbit remains convincing consumers to spend Rs. 20,000 (or more) on smartwatches. Morley noted that though “Fitbit doesn’t have public data points to share, and India is an immature market, [it’s] following global trends”. He also cited Fitbit’s latest quarterly report, in which Asia-Pacific grew over 30 percent year-over-year, and that’s before the launch of its biggest product of the year: the Versa.

And the good thing for Fitbit in India, which it lacked in the US and contributed to its recent struggles, is that it already has a smartwatch portfolio – thanks to the Ionic and the Versa – as the wearables market starts to pick up in the country.