The way we estimate growth in the unorganised sector should have changed after demonetisation, but it didn’t. The assumptions of the old methodology no longer hold true.

India’s gross domestic product (GDP) has grown at a robust 8.2% in the first quarter of the current financial year, according to recently released official data.

This is the highest in the last two years which has seen two shocks to the economy in the form of demonetisation and GST. The spurt in growth is due to a sharp increase in the growth of the manufacturing sector (13.5%), construction (8.7%) and agriculture and allied sectors (5.3%) compared to the same period last year.

Critics have argued that the numbers are higher precisely because they were so low during this period last year. Manufacturing had declined by 1.8%. Construction had grown at 1.8% and agriculture at 3%. This is called the base effect.

Growth last year during the first quarter was low due to the effect of demonetisation. So, if the economy recovers from the shock of demonetisation, there would be a spurt in growth because it is catching up with its trend growth. This is what the officials claim.

The rate of growth in the services sector is mostly down compared to last year. Also, investment is hardly recovering with gross fixed capital formation at current prices rising from 28.7% to 28.8%. This implies that businesses are not investing more in machinery and buildings. Thus, even if growth rate is higher now, this spurt may not continue both because of the base effect and the lack of increase in investment rates.

At 8.2% rate of growth there should be feel good all around in the economy. Are the protesting farmers and traders barking up the wrong tree? The farmers should be earning much more with a higher agricultural growth rate and ought not to be protesting. Are the young protesting about jobs doing so for nothing? Jobs creation in the economy should be robust and there should be less of a crisis of employment. Are businessmen complaining of difficulties for no cause?

The government has assiduously argued that demonetisation did not have a negative impact on the economy. If there was some adverse impact it was temporary and disappeared soon. It has emphasised that the long-term impact has been positive and that is what is visible now.

Similarly, regarding GST, the government has argued that it was a much-needed reform. It is contended that it has had a positive impact on the economy after some teething troubles. The claim is that GST has led to ‘ease of doing business’ which has led to a spurt in growth. So both these shocks to the economy are portrayed as structural changes that have resulted in the present higher growth, even if there was a temporary setback. 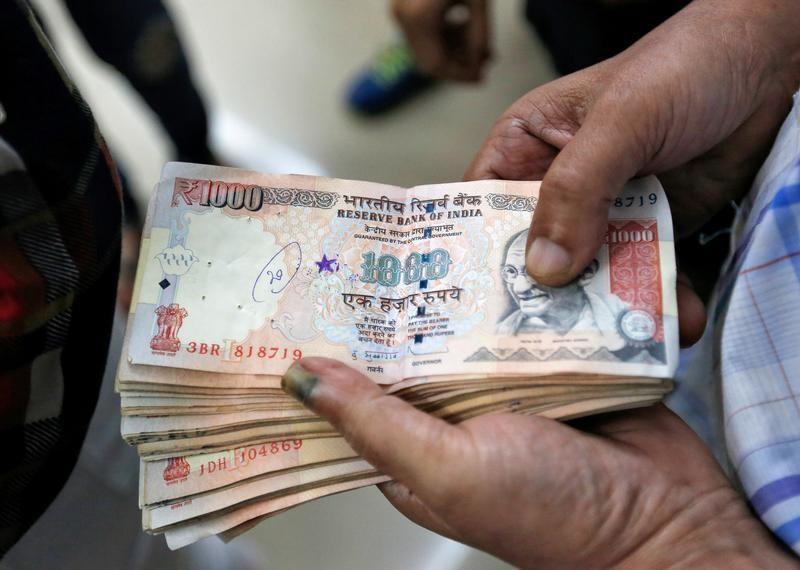 Both shocks to the economy, note ban and GST, are portrayed as structural changes that have resulted in the present higher growth, even if there was a temporary setback. Credit: Reuters/Danish Siddiqui

The problem with these arguments is that the unorganised sector does not figure in any of them. This sector is 45% of the GDP and employs 93% of the workforce. Data from this sector is collected periodically (not quarterly or even annually) as is the case with some components of the organised sector. The data on the basis of which the quarterly GDP is calculated is primarily from the corporate sector, agriculture and so on.

The press note issued by the government says that for industry, “The first quarter estimates are based on …. abridged financial results of listed companies from BSE/NSE, Index of Industrial Production (IIP)…”.

So how is the unorganised sector estimated in the absence of data? Certain assumptions are made. Namely, that it is growing in proportion to the organised sector for which some data are available. The ratio of the two sectors is estimated in a reference year and this is used till the next survey is done. However, in between the surveys, if there is a shock, the ratio changes and the old ratio is no more applicable. A new ratio is required for which a survey needs to be done but since this was not done, a new ratio cannot be calculated. The two shocks due to demonetisation and GST have changed the ratio. Thus, the old methodology needs to change.

The unorganised sectors which largely use cash were massively hit by demonetisation. Due to persisting cash shortage for eight months, they could not revive for long and were again hit by GST. While they have been exempted from GST or a simple provision has been made for them (called Composition Scheme), they have been adversely hit due to the design of GST. They are hit by input tax credit (ITC), reverse charge mechanism (RCM), restrictions on inter-state sales and so on.

While official surveys were not done, private surveys were conducted and they point to a sharp decline in the unorganised sector. Demand for work under the MGNREGS shot up as workers lost work in urban areas and migrated back to the rural areas. This demand has remained high. Further, credit off-take reached a record low. Finally, investment data showed a sharp decline. These factors support the argument that there was a sharp downturn in the economy.

Two important conclusions follow. One, the organised sector is growing at the expense of the unorganised sector leading to a crisis in the latter. Two, official data needs to be corrected and the rate of growth would turn out to be far less than 8.2%.

Arun Kumar is Malcolm Adiseshiah Chair Professor, Institute of Social Sciences and author of Demonetization and the Black Economy.