India is on track to overtake the United Kingdom to become the world’s fifth largest economy in 2018, according to data and forecasts from the International Monetary Fund. Don’t blame Brexit; the UK is coming off its eighth straight year of growth and its economy has outpaced both Germany and France this year. No, the credit is all to India.

India’s economy hasn’t had a down year in this century and has been growing at around 7% per year ever since Prime Minister Narendra Modi took office at the head of the Bharatiya Janata Party (BJP) in 2014. Next year, India’s economy will be one-third bigger than when Modi took office. That means huge change in the world’s largest democracy.

Change on that scale requires difficult policy choices. The Hindu nationalist BJP and its controversial Prime Minister have pushed through tough reforms like demonetization(the sudden removal from circulation of high denomination banknotes) and GST harmonization (the introduction of a unified national goods and services tax). 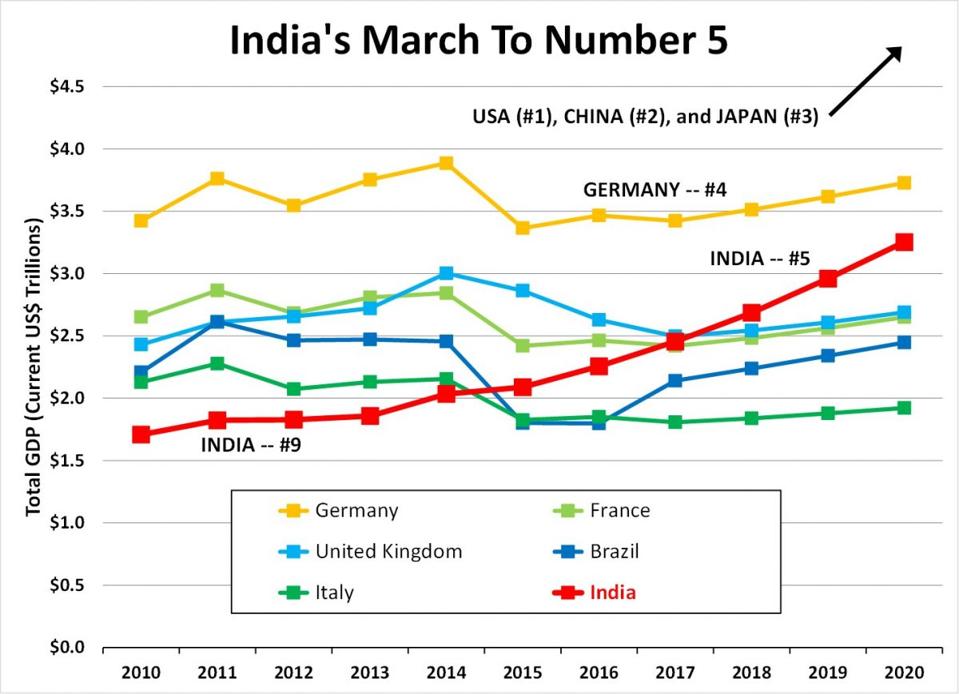 India is projected to surpass Britain to become the world’s fifth largest economy in 2018.

These kinds of economic reform may be good for growth, but they’re not responsible for making India the world’s fifth-largest economy. Just look at the competition India has blown past in the last four years. India started the decade behind the UK, France, Italy, and Brazil but under Modi it has passed all of them. Soon it will trail only Germany and the “big three” of the US, China, and Japan.

The one thing India has that those countries don’t is people — lots of them. With more than 1.3 billion people, India has three times the population of UK, France, Italy, and Brazil put together. But Brazil’s output per capita is more than five times that of India. Britain’s GDP per capita is in a different league altogether.

If the Narendra Modi and India’s BJP government really want to boost the economy in the long term, the most important thing they can do is bring down India’s stubbornly high fertility rate. With each woman having an average of 2.43 children over the course of her childbearing years, India’s fertility rate is among the highest outside Africa and the Middle East. 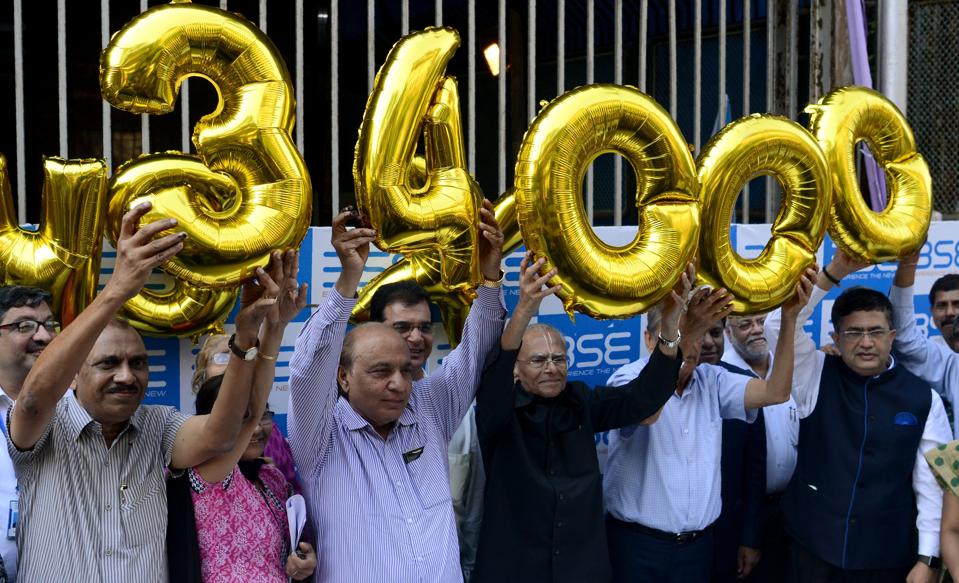 As China, Japan and the Asian tiger economies of South Korea and Taiwan discovered in the last century, fertility reduction opens a demographic window for growth because it gives a country whole generations of adults who can go to work instead of having to stay home to take care of multiple children.

A wrong way and a right way

As with most things, there’s a wrong way and a right way to bring down the fertility rate. China chose the wrong way: the one child policy of heavy-handed government intervention and forced sterilizations. Luckily, that simply wouldn’t fly in a free and democratic country like India.

But India has also gone down some wrong paths. Its family planning programs focus on stopping women from having more children. Policies that promote birth control and sterilization are wide open to abuse. They tend to stigmatize women instead of empowering them.

The right way to reduce fertility rates while promoting economic growth is to encourage young people to delay marriage while they focus on building their careers instead. That also means making sure they have careers to focus on. When young people (both women and men) are economically active, they tend to wait to have children, and have fewer of them.

Youth employment is the key to reduced fertility and faster economic growth. But in India, unemployment is a problemfor young men and an epidemic for young women. If India ever wants to catch up to the other BRICS economies (to say nothing of the West) it must put its teenagers and twenty-somethings to work. That’s easier said than done, but youth employment should be at the top of Modi’s economic agenda for 2018 — and beyond.