Ahead of the Union Budget, it’s a good time to assess the state of the nation and her citizens.

In India’s 69th year as a Republic, recovering from having 10 ASEAN leaders as chief guests this Republic Day and awaiting the Budget bang, it’s a good time to assess the state of the nation and her citizens.

Looking at the state of energy security in the world’s most-populous democracy shows that India needs to make energy democracy and energy justice central tenets of its power policy. Many villages and towns in rural India, both remote and on the fringe of cities, remain functionally un-electrified. India’s massive power grid has largely let down her rural citizens. But the fact that it serves at the pleasure of its urban citizens is not always good for the environment and the cause of sustainable development. Despite repeatedly beating our renewable energy targets and having some of the largest solar fields in the world, India’s power grid’s mainstay is still coal. Back-up generators are diesel-powered. The dependence on fossil fuels and our carbon-hungry economy are major hurdles to India’s path to prosperity. While the developed world’s and China’s emissions fell, India was one of the few exceptions to the trend in plateauing emissions. We are still commissioning over 200 thermal power stations and with many states still power-deficit, government priority is electrification not green energy.

In order to phase out coal and gas as well as to keep global warming and greenhouse gas emissions in check requires a firm commitment to energy democracy. If that’s not enough there is India’s poor performance in the Environmental Performance Index 2018 brought out by Yale and Columbia Universities. We fell from rank 141 in 2016 to 177 out of 180 countries. And we didn’t make any significant improvements in the World Bank’s Ease Of Doing Business Index either which, by the way, was touted as the reasons for rash environmental clearances. Tackle corruption, political interference, inefficient bureaucracy and corporate greed before compromising on environmental impact assessments. The “butterfly effect” abounds when we mess with nature and karma will get us good.

There is opportunity in the many un-electrified communities and the skyrocketing prices of petrol and diesel. Petrol prices are at a three-year high – selling at Rs 72.43 per litre in the national capital. Diesel prices have also shattered records selling at Rs 61.71 per litre in New Delhi. Despite the tens of thousands of crores that the government pockets by taxing fossil fuel as well as the pesky cess, gas subsidies and the increasing price of crude oil add to the deficit burden of the Union Budget that will be tabled on February 1. It’s in opting for renewables and involving the community to ensure electrification through energy co-ops. Solar energy and wind energy have become cheaper than coal. There are exciting start-ups and turnkey solutions providers in place to ensure that opting for renewable energy is easy and affordable. As the Barefoot Engineers of Tilonia, Rajasthan demonstrate, electrification using renewables can generate incomes and create livelihoods in communities that don’t benefit from thermal power stations and coal and gas mining.

“Energy democracy means that everybody is ensured access to sufficient energy. Energy production must thereby neither pollute the environment nor harm people. …this means that fossil fuel resources must be left in the ground, the means of production need to be socialised and democratised, and we must rethink our overall attitude towards energy consumption.”

While per capita energy consumption is still minimal, the fact is that urban Indians are benefitting from the low-carbon lifestyles of our rural brethren. But the aspiration is: energy security and power for prosperity for all. Keeping in mind commitments to the Paris climate agreement, decentralised and renewable energy solutions are the obvious choices.

There are many pilots in place and success stories showing that taking the renewable energy path has manifold benefits. Indian Railways is saving lakhs of rupees with trains fitted with solar panels. Individuals, institutions, companies and building societies are benefitting from installing rooftop solar power systems. Forest-dwelling communities even in the heart of the Sundarbans are benefitting from solar power which is reducing the risk of confrontations with India’s National Animal. Greenpeace India’s Solar Shakti campaign shows the way as does Chennai’s own D Suresh, whose home stayed electrified amid both the Chennai floods and Cyclone Vardah when power was shutoff in the grid. The biogas plant out of his kitchen waste has made the LPG cylinder redundant in his home. “Solar” Suresh is advising schools, offices and building societies on how to become independent of the grid and the cylinder. 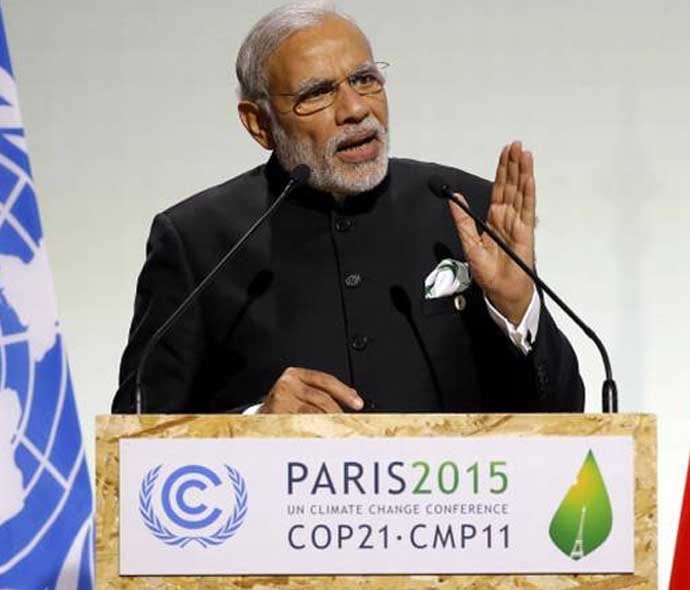 The Energy Alternatives India, also based out of Chennai, has a vast online and print directory of resources constantly updated to make adopting energy alternatives simpler. Rooftop wind energy generators are becoming cheaper than an iPhone, thanks to the efforts of young innovators of Avant Garde Innovations.

India in general and the southern states in particular have a very efficient network of self-help groups (SHGs) – many women-only SHGs – that are elevating communities from the clutches of poverty. Corporate social responsibility has become mandatory for successful organisations, thanks to amendments in the Companies Act. These mechanisms make it conducive and feasible to institute rural and urban community level energy co-operatives that can bring power to the powerless and make electrification not only cheap, but profitable.

Medha Patkar, the economist-turned-social activist central to the Narmada Bachao Andolan, who was recently a featured speaker at Saarang 2018, the cultural fest of IIT Madras, mentioned that living simply is the best way to save resources and save the environment.

Decentralisation and subsidiarity need to be adopted in electrification to ensure energy for all. The struggles of the community and the effort to educate and empower the tribal communities through the Jeevanshalas are eye-opening to the divide between rural Bharat and urban India.

The inequity plays out in our cities. Citing Medha Patkar’s example, how can there be sustainable development when in a city like Mumbai 52 per cent of the city’s population is housed in only 9 per cent of our financial capital’s land.

The global trend of the rich getting richer and the poor getting poorer is intensified in India. According to Wealth-X, India has 90 billionaires with a total wealth of $206 billion, ranked seventh of 11 countries with the most billionaires. In the same country, as per World Bank statistics, we have the most people in the world living below the poverty line – 224 millions – that’s 30 per cent of the Indian population living on less than $1.90 a day. This income inequity can be addressed by addressing the inequity in energy access. Universal access to renewable, sustainable and local energy as well as ensuring job creation in the green energy sector that ensures fair pay and living wages to employees can elevate millions from the poverty trap.

The conditions to decentralise energy and involve the community in the profits of energy generations makes this India’s moment in the sun. It remains to be seen whether the model becomes mass action.

Income inequality, power imbalance, Rank 177 out of 180 countries in the Environmental Performance Index, increasing GHG emissions, our commitments to the Paris agreement that we signed and ratified, the growing air pollution crises, soaring fossil fuel prices in the country, the disruption of thermal power stations, nuclear power facilities and mega-dam projects and coal mining are all powerful prods for energy democracy in India.

The views and opinions expressed in this article are those of the authors and do not necessarily reflect the official policy or position of DailyO.in or the India Today Group. The writers are solely responsible for any claims arising out of the contents of this article.

The author is a Chennai-based writer and South Asia fellow with Climate Tracker.