Mumbai: Women in India earn less than men even if they have the same educational qualifications, data from a recent government report shows.

In urban areas, a woman with a graduate degree gets paid Rs 690.68 per day in the transport and storage sector while a man gets 30 percent more at Rs 902.45. In agriculture, an illiterate woman worker in rural India receives Rs 88.2 per day while an illiterate man receives Rs 128.52, which is 45 percent more.

However, there are some sectors in which women get paid more than men, although by smaller margins. In the construction sector in rural areas, for instance, women (irrespective of the level of education) are paid Rs 322 on average per day while men are paid Rs 279.15, which is Rs 43 or 13 percent less. 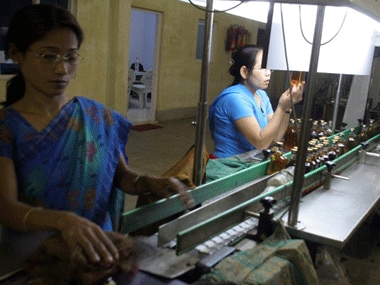 In urban areas, in the transport and storage sector, women are paid Rs 455 on average per day, irrespective of the level of education, while men are paid Rs 443 per day – Rs 12 or 2.7 percent less.

The ‘Men and Women in 2017’ report released by the statistics and programme implementation ministry in May 2018 contains data on average daily wages and salaries for men and women aged 15-59 years, arranged by industry and type of work. 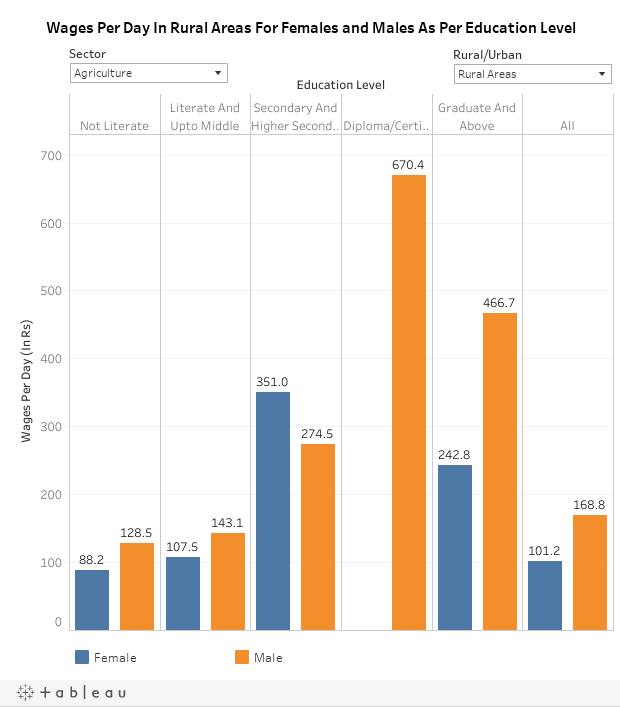 As pointed out before, there are some sectors such as transport in rural areas where women get paid more than men – in urban areas, transport and storage pays Rs 11 more to women than men.

The Global Wage Report 2016-17 published by the International Labour Organisation in 2016 had raised an alarm with the revelation that the gender pay gap in India, at 30 percent, was among the highest in the world.

Women in top management in India earn 18.8 percent less than men, this 2016 report by the advisory firm Korn Ferry Hay Group had said, blaming the gap on the lesser representation of women in senior roles.

More generally across the value chain, women in India earn 67 percent less than men, and the gap will take more than 100 years to close, the advisory Accenture said in this 2017 report based on a global survey.

Meanwhile, fewer women are taking part in the paid labour force. In the first four months of 2017, 2.4 million women fell off the employment map, according to the Centre for Monitoring Indian Economy (CMIE), a Mumbai-based think-tank, as IndiaSpend reported on 5 August, 2017.

Among South Asian peers, India in 2013 had the lowest rate of female employment after Pakistan. In roughly two decades preceding 2013, female labour force participation in India fell from 34.8 percent to 27 percent, according to an April 2017 report by the World Bank.

India ranks 108th among 144 countries on gender equality rankings created by the World Economic Forum for its Global Gender Gap report of 2017. This puts India behind Bangladesh (at 47) and China (at 100).

Closing the gender gap in labour force participation rates would add $12 trillion to global GDP by 2025, a widely cited study by the McKinsey Global Institute had said in 2015.

The author is an analyst with IndiaSpend.