India still lags behind many countries in terms of producing breakthrough technologies. Indians in awe of tech companies like Apple, Amazon, Google, Facebook, and Microsoft operate out of India. However, Abhijit Patil. Co-founder of  IIT Bombay Startup, Dimension NXG, always wondered why India could not make its own world-class technology. 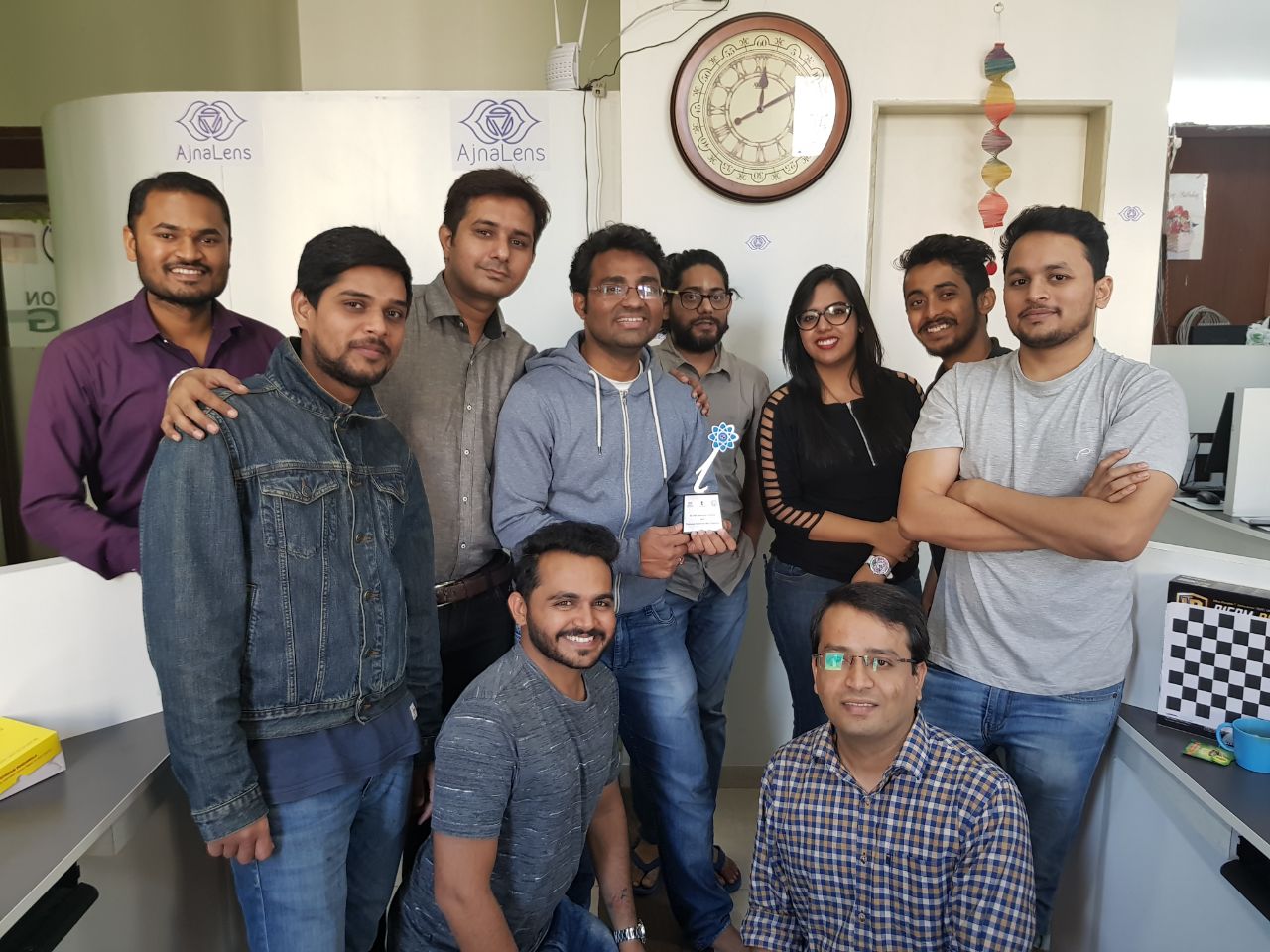 To set a new benchmark in the global market, Patil along with other co-founders Pankaj Raut and Abhishek Tomar developed India’s first Augmented Reality (AR) headset “Ajnalens”. The team wanted to bust the myth that world-class technology cannot be made in India.

Patil shared with Entrepreneur India what went into the making of Ajnalens.

With the help of Ajnalens, one can see 3D holograms of anything (be it object, car or person) in the real world. But the beautiful part is that you can interact and simulate with 3D models by hands.

Journey From Software to Hardware:

For Patil, initially, the understanding of 3D environment from a technological point of view was a difficult task. Hence, it almost took him and his team two years to develop the algorithms and software for the headset.

“It’s the first device of Dimension NXG but the work behind it was very lengthy. Initially, we cracked the software part without which we couldn’t have moved to hardware. I had to teach the software (similar to human eyes)and sensors so that it can track and reconstruct the real-time 3D environment. Once it tracks the environment only then it can augment any object in that,” he said, adding that they worked on the hardware after cracking the software part.

In November 2014 Patil founded Dimension NXG and at that time there was literally no company who had its own AR headset.

“Everybody including big companies like Microsoft, Magic Leap, and Meta was working on making an AR headset. After Japan Vyas came on board with his seed funding and active involvement, we initiated creating Ajnalens. Till then nobody knew about the launch date. During our journey, Microsoft launched a device, but they launched a developer version, not commercial edition. Till now there is no device for commercial use across the globe,” shared Patil

The Mumbai-based startup will be launching Ajnalens for the enterprises this year. Globally, there are three other players working on the same device but in India, Dimension NXG is the first company to make AR headset.

Innovation is The Key to Success:

Startups need to find a way to stand out in a highly competitive environment. Patil explained what all he did to separate himself from its competitors.

From a pricing point of view, Patil described that other devices are priced at 5000 – 6000 USD including shipping but Ajnalens is comparatively much cheaper and costs 1500 USD.

“From a market perspective, we are targeting enterprises inside and outside India. We are also giving in tool solutions to the automobile, aerospace, healthcare and education industry where we are placing augmented reality so that they can save time, cost and increase productivity with a headset. As of now, we are planning to launch in September 2018,” he added.