Indian representatives were masterfully able to verbalise and transpose lessons learnt from decades of the freedom struggle.

The United Nations was born in 1945, after a series of global initiatives that began with the birth of the League of Nations in 1920. The developments culminated in the official adoption of the Universal Declaration of Human Rights (UDHR) in 1948 – characterised as one of the world’s greatest living documents, as the ‘common language of humanity’, ‘the conscience of the world’.

As we mark the 70th anniversary of the UDHR, we need to remember with pride that India contributed significantly to its content. Our contributions were part of a wider strategy to influence the structure of the UN – such that it could become a global body equally serving all nations. 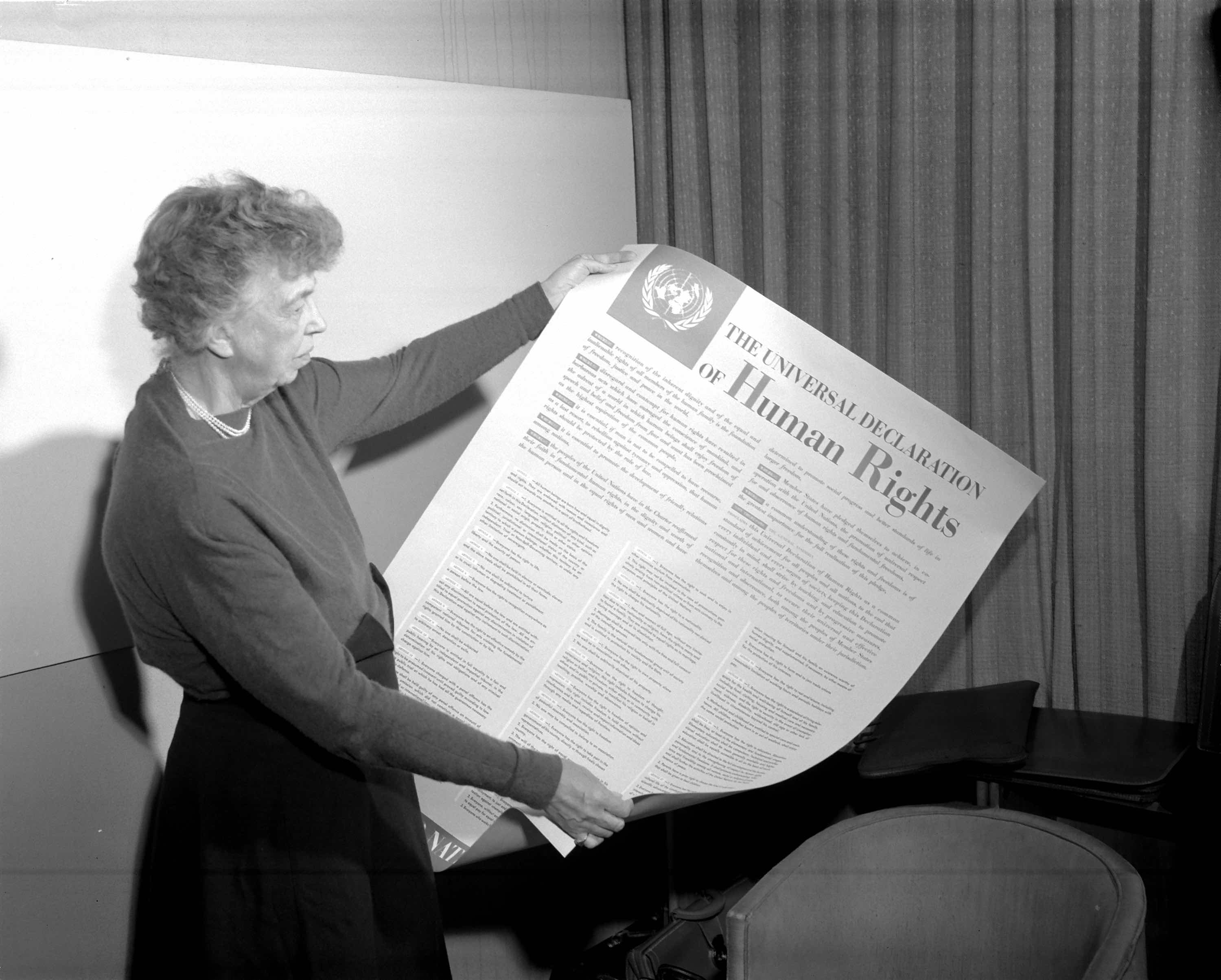 In the decades following the formation of the League to the adoption of the UDHR in 1948, the Indian leadership – represented by Indian National Congress (INC) – brilliantly articulated the human rights concern that emanated from India’s freedom struggle. It called for a global body that would strive for an end to colonialism through the exercise of the colonised people’s right to self-determination.

There is, therefore, a remarkable degree of affinity and purpose of ideas flowing from the different phases of the Indian independence movement and the institutional build-up towards a world organisation. This coalescing of ideas and visions between India and the UN was not a coincidence but a well-planned strategy employed by Jawaharlal Nehru under the guidance of Mahatma Gandhi.

In the aftermath of the First World War, several attempts were made by world leaders to establish a world organisation with the objective of achieving political independence and territorial integrity for all colonised countries. Indian nationalists were inspired by the ‘Wilsonian moment’ articulated by former US President Woodrow Wilson, in his ‘Fourteen Points’ in January 1918. This statement called for the self-determination of peoples and nations.

The ‘Wilsonian moment’ led to the formation of the League of Nations after the Paris Peace Conference. Indian nationalists like Bal Gangadhar Tilak and Lajpat Rai formulated claims for self-government in a language that resonated with the international discourse of legitimacy.

It was in preparations of the adoption of the UN Charter at San Francisco in June 1945, that India’s role and its ideas of a global body were eloquently expressed by its leaders.

Mahatma Gandhi issued a press statement directed at the meeting, quoting from the All India Congress Committee resolution of August 8, 1942 which said:

Vijaya Lakshmi Pandit – a member of the INC – during her year-long tour of the US made the biggest impact. In a memorandum submitted to the conference, Pandit outlined the positions of Gandhi and Nehru. Both saw in the global conferences an opportunity to not only expose the gross injustice of the British occupation of India but to turn the nascent global organisation into a force championing the emancipation of all oppressed people across the world.

The challenge for the Indian leadership was to ensure that the allied powers not succeed in forming a compromised organisation where the ‘big’ powers continued to control the world with a lighter but firm version of colonialism – what the British termed the role of ‘non-self-governing territories’ for its colonies.

Soon after at the UN General Assembly session in 1946, India succeeded in challenging the ‘sovereignty’ clause of the UN Charter by having a resolution passed that sought to censure South Africa for its racist treatment of Indians living there. The Indian victory at the GA opened up a completely new perspective through which countries could no longer hide behind national borders and continue to violate human rights without facing a global challenge posed by the UN. 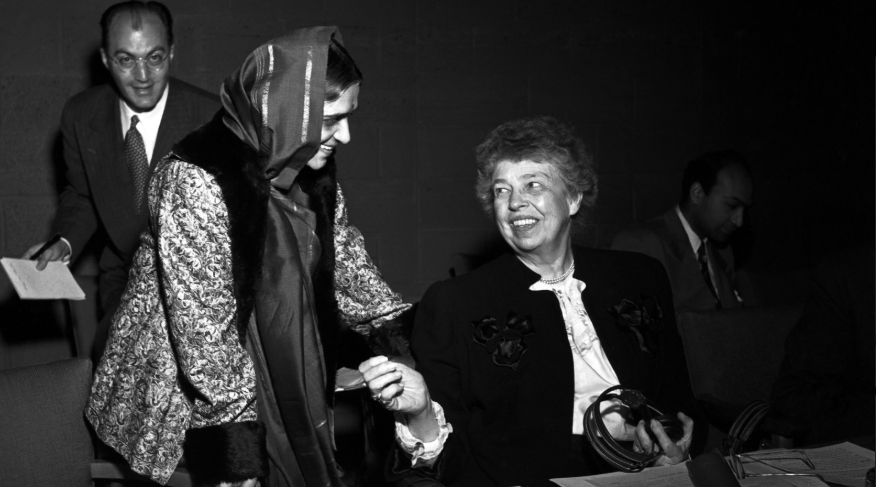 Hansa Mehta with Eleanor Roosevelt during the drafting of the UDHR. Credit: UN Photo

The UDHR was drafted by the Commission on Human Rights – created by the Economic and Social Council of the United Nations in May 1946 – and was adopted by the UNGA in December 1948. At various stages of drafting, India was represented by Hansa Mehta, M.R. Masani and Lakshmi Menon, who made a series of substantive contributions to the numerous articles that made up the UDHR.

Fortuitously, by the time the first ‘Geneva’ draft was ready in December 1947, India’s Constituent Assembly had already deliberated on the contents of its constitution, including discussions on fundamental rights. The Indian representatives were able to take the insights gained through the Assembly deliberations to the drafting stages of the UDHR. Written and oral contributions were made towards the formation of the UDHR on various themes such as:

Indian representatives were masterfully able to verbalise and transpose lessons learnt from decades of the freedom struggle and the promulgation of the Indian constitution during the drafting of the UDHR. They were able to convey the demands for the emancipation of all oppressed people – demands underpinning the speeches and writings of Gandhi and Nehru.

In the decades following the adoption of the UDHR, Indian delegates continued their active contribution, through the UN, to create a global governance system that stood up for human rights and social justice. It was India that successfully tested the capacity of the UN when its delegates continued to expose apartheid in South Africa. India also joined other countries from the ‘global south’ to insist on the recognition of economic, social and cultural rights and of self-determination in the two Covenants that were drafted in the 1960s.

Faced with colossal national and international challenges, we need to recast the country and the UN as harbingers of a more humane world – governed by respect for human rights and compliance with international human rights commitments. The 70th anniversary of the UDHR compels us, once again, to revisit the incredible repository of knowledge and wisdom that is available in the debates that led to its adoption – debates and outcomes to which Indians made a remarkable contribution.