Agriculture still employs almost 60 per cent of the workforce, which is not desirable.

By 2020, India’s youth population (34.33 per cent) will surpass that of China (27.62 per cent), resulting in a huge demographic dividend for India, only if this population can contribute to the GDP.

So, India will remain younger for a longer period than China. But the situation is more complex than it actually seems.

Of the total number of people entering the formal education, only 10 per cent reach up to the higher education, which means 90 per cent drop out at primary, secondary and senior secondary levels.

India doesn’t have any plan for them, unlike Germany, where vocational education is integrated into the formal education, thus there are no drop-outs. Indian workforce grows by 12 million annually, but only 5.5 million jobs are created every year

Additionally, farm income has remained stagnant over the years and the land-holding size per family has been decreasing, which means people moving out of the agriculture also need to be employed.

According to a Wall Street Journal report, 2015, Indian workforce grows by 12 million annually, but only 5.5 million jobs are created every year.

As per the annual report of the ministry of skill development and entrepreneurship (2016-17), less than five per cent (4.69) of the total workforce in India has undergone formal skill training. Given the prevailing situation, the current emphasis on skill development by the government, the private sectors and the civil society makes complete sense.

Now, what happens to these people who have received formal training? From wage employment to self-employment; the focus should shift now

In an interview to the Business Today, Jayant Krishna, executive director, National Skill Development Corporation (NSDC) said, “We have trained almost 1.4 crore people since our inception. For fee-based programmes, the number would be about 81 lakhs, among which more than 50 per cent have got jobs.”

For free programmes, run either by the government or by the private sector, the percentage is certainly less than 50. 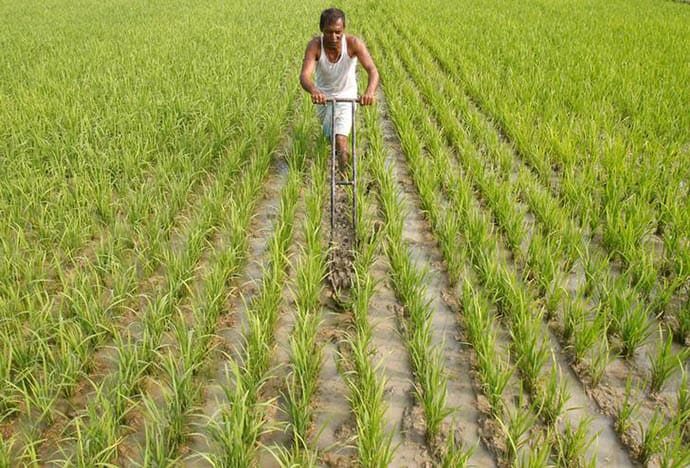 Land-holding size per family has been decreasing, which means people moving out of the agriculture also need to be employed.

But in India, agriculture, though the least remunerative, still employs almost 60 per cent of workforce and also absorbs half of the people entering into work force every year. This is not a desirable situation. Neither is this the trend that the other developed countries have followed over the two centuries. The model of self-employment training institutes should be replicated more

What we can learn from Germany’s economic model

As per the data published on the federal ministry of economic affairs and energy, Germany website, small and medium-sized enterprises (known as mittelstand) create 58.5 per cent jobs. They have 35.3 per cent share of total sales in Germany; and employ 82 per cent of apprentices.

This implies that SMEs are one of the key factors of Germany’s economic success. A report, published by Friedrich Ebert Stiftung(2017), lists main factors for the success of mittelstand in Germany: Local banking system, which is not profit oriented; the dual vocational system, with its combination of practical and theoretical education; the high social capital of strong employers’ associations and trade unions; government support to SME clusters and a big, government-owned development bank (the KfW) are a few to name.

Recently, as part of our study-tour organised by the Alexander von Humboldt Foundation, for all the German Chancellor fellows, we visited Jena. The city is home to many industries, including Carl Zeiss. We went to visit the technology and innovation park, where we interacted with a few entrepreneurs. I was astonished by their strong focus on research and innovation and quality consciousness. 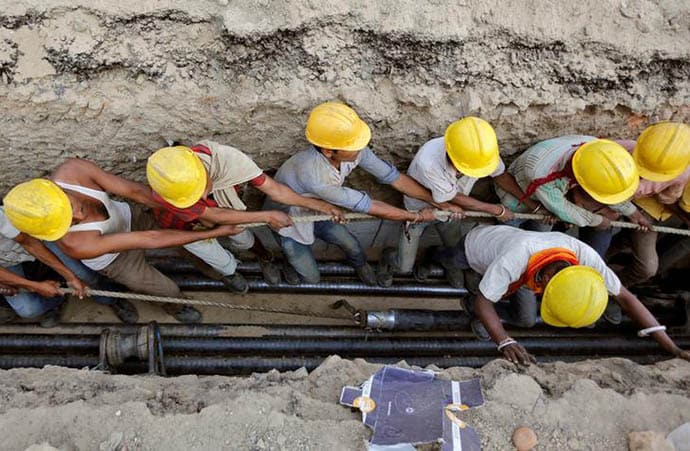 Less than five per cent (4.69) of the total workforce in India has undergone formal skill training.

What we can do in India

The outcome of the current skill development programmes is solely focused on wage employment. The number of jobs being created in India every year is far behind the number of job-seekers the country is producing.

The focus should be shifted to self-employment, therefore, towards entrepreneurship-based skill development programmes.

We have one such model – the rural self-employment training institutes (RSETIs) – jointly run by the ministry of rural development, banks and the state governments.

The initiative is unique because the banks, who can also provide financial support to the candidates, are training them. The ICICI Bank has gone a step ahead and has set up block-level centres, called satellite centres, in addition to district-level residential centres in Jodhpur and Udaipur in Rajasthan. The model is successful and needs to be adopted by the other banks as well.

The road ahead for RSETIs is to start MSME (micro, small and medium enterprises) incubation centres in every district, which will provide support to the budding entrepreneurs so that they can create jobs. But, the focus of these MSME incubation centres must be on research and innovation.

Instead of creating parallel structures, the government should invest to make this model more robust in order to create jobs and supply skilled workforce continually.

Also, this model has the potential to create sustained local production to match the rising domestic demand, thereby, creating a thriving economy.