India occupies more than 17% of the population of World with only 2.4% land share. India is famous for agricultural farming. At the global level, it appears that we are slowly moving towards the global food crisis. Recently published report of UN on the ‘Right to Food’ estimated that nearly one billion people sleep without food across the world and in every six seconds a child dies of malnutrition. Agricultural production is an important contributor to India economy and provides nearly 67% of the country‘s employment. Over the past few years, horticulture has made remarkable progress in terms of expansion in area and production under different crops, increase in productivity, crop diversification, technological interventions for production and post-harvest and forward linkages through value addition and marketing. Despite several challenges and opportunities namely tumultuous weather, seasonal cyclones, occasional drought, demographic pressure, industrialization, urbanization and unprecedented use of insecticide & pesticide and compulsion for migration of rural masses to urban areas, especially for their livelihood. Production of horticulture crops like vegetables and fruits is likely to touch a record 305.4 million tonnes (mt) in 2017-18, about 1.6% higher than the previous year and 8% higher than the previous five years’ average, while, foodgrain output is 277.49 million tonnes, exceeding the previous record of 275.11 million tonnes during 2016-17.

Fruits and vegetables are rich sources of vitamins and nutrients. Flowers’ beautifying every event and festival makes one of most interesting arms of Agriculture. The horticulture section is doing well in India when compared with others food crops, since it fetches good price because of its nature of seasonality. The estimation of the potential profits can be drawn by the fact that a farmer producing wheat of 1 kg gets 10 times higher prices for the same produce in horticulture section. Fruits like banana fetch as much as 30 folds more remuneration. Flowers (seasonal) can draw up to 30-35 times of remuneration. Considering this high potential, the concept of doubling farmers’ income can work magically with horticultural crops. There is a need of shift from traditional crops and cropping pattern to horticulture crops like fruit and vegetables.

Horticulture is not merely a means of diversification but forms an integral part of food, nutritional security and poverty alleviation and also an essential ingredient of economic security. India, like many other countries, is very concerned about food security, thus rural development has become primary area of focus in the current agricultural and horticultural development programs. 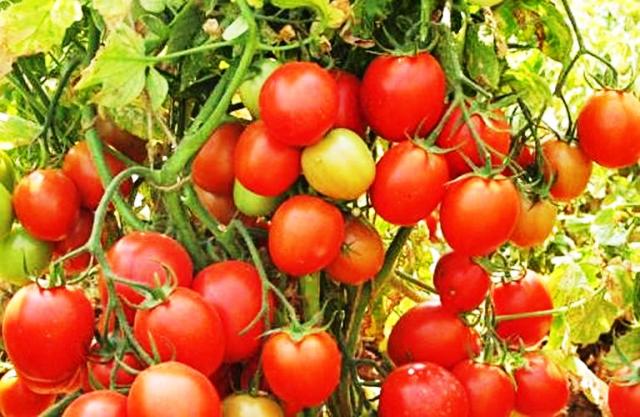 Fruits perform better than vegetables on comparing it with other sections of horticulture. India produces abundant Mango, Banana, Papaya, and Pomegranate depending on the agro climatic condition. But Pomegranate performs better when compared with the other fruits. With the accreditation of nurseries, quality material is rendered at the farms. Star rating and graded nurseries has been helping the farms.

Export in Indian horticulture section has been gaining heights. In the year, 2014-15 the export reached at a worth ` 28,628 crore. Fruits and vegetables alone accounted for ` 7.7 crore export. Flower recorded an export value of ` 460 crore. The majority of exports are seen in cashew and spices. The cashew processing capacity of Indian peninsular region is huge. But due to non availability of raw nuts, the processing industries import raw nuts, crush them and gain profits. Government is also trying hard to increase the cashew production in the country, being focused on Southern states of Telangana, Karnataka, Tamil Nadu and Gujarat and Chhattisgarh. Cashew is one of the most remunerating crops rendering ` 180-200 for per kg of nuts. The condition of cold storage in the country is very pathetic. Dearth of power availability makes the cold storages un-functional and the harvest faces 20-30% of post harvest losses which is suffered by the farmers. This loss can be compensated by using cold storages. Every other fruit/vegetable type uses different process/method for the protection and preservation of produce. We are falling short of various components of cold storage like packed houses, ripening chambers and cold vans etc. Horticultural produce can be stored from 20 days to 6 months using these cold storages. The advancements also face gaps when we talk of storage houses for potato, tomato and onion, which are considered to be wonderful crops. But provisions and efforts are being taken by the government and in another 2-3 years, proper systems are to be developed for the preservation of these the supernatural crops. For setting up a cold storage of capacity 1-2 metric tonnes an investment of ` 6-8 crore is needed.

The first and foremost thing for doubling farmer’s income is to create market for farmers and provide market access and links for growing their business. The three major crops under vegetable section: Onion, Potato and Tomato are the backbone of vegetable production. We should have a calendar of production for the various crops and analyze their condition likewise. Different states have their different capacities and agro-climatic conditions which favour some specific products. Such states should focus on their speciality and good channels should connect the country for the prominent flow in market. Integrated markets should be developed and shift from traditional to modern practices should be adopted. Alternative sources of income along with horticultural crops should be created like apiculture, where the honey bees helps for the pollination and also draws extra income to the farmers through honey production. The government is also promoting Mission for Integrated Development of Horticulture (MIDH) scheme to support the various components of horticultural crops. Starting with nursery development, covering sustainable irrigation practices, emphasizing on subsidies for storage structures till market linkages, all the prospects are taken care of, under this scheme.

Hope, that all the facts are helpful to the progressive farmers and the rural youth to come forward to adopt horticulture occupation/cultivation in their farming systems. Huge products of vegetables and fruits along with preservation to increase the shelf life are helpful to our society to meet the scarcity of fruits and vegetables for the whole year.