A Constitution Bench of the Supreme Court, led by Chief Justice of India Dipak Misra has upheld the validity of Aadhaar but with riders. It has struck down Section 57 that allows private entities to seek Aadhaar data, but has allowed the unique number to be used for government schemes and subsidies. 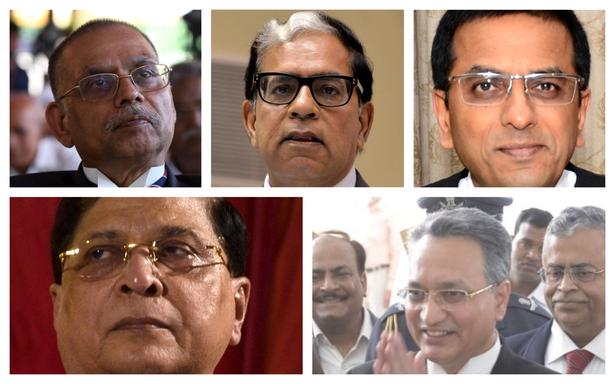 Here are the latest updates from Legal correspondent Krishnadas Rajagopal: 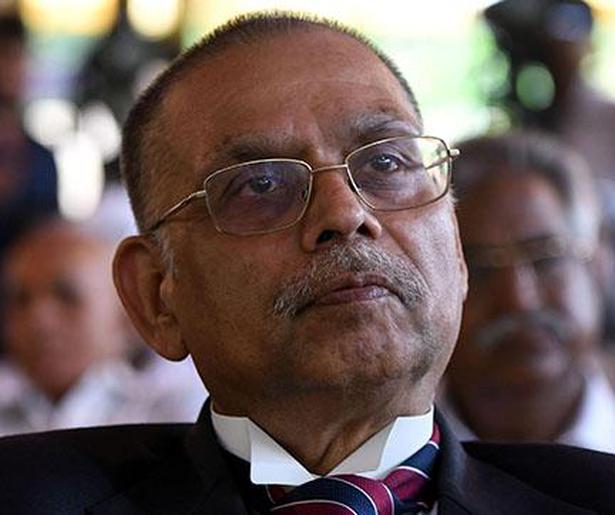 Justice Ashok Bhushan reads his judgment. He says he concurs with the majority judgment but differs on three counts.

In the name of Aadhaar, rightful beneficiaries should not be denied services, subsidies, or benefits, Justice Bhushan says.

He states the Lok Sabha Speaker’s decision to pass a Bill as Money Bill is amenable to judicial review.  He also strikes down Section 57 that allows private entitites to use Aadhaar.

Justice Bhushan says no material was placed before the Supreme Court to indicate that there has been considerable denial of benefits of subsidies to deserving persons.

He also says  that biometric data contains certain personal information of citizens and the breach, if any, has to be ascertained.

Justice Chandrachud also says Section 7 is unconstitutional. Section 7 makes Aadhaar mandatory for getting state subsidies. “Mandating Aadhaar for benefits and services under Section 7 would lead to a situation in which citizens will not be able to live without Aadhaar,” he observes.

Justice Chandrachud also raps Central government for insisting on Aadhaar for several schemes despite the Supreme Court repeatedly saying it is not mandatory in various rulings.

With this, Justice Chandrachud strikes down the validity of Aadhaar.

Holding that it’s unconstitutional is ask for mandatory linking of mobile phone numbers with Aadhaar, Justice Chandrachud orders service providers to delete any information collected by them after linking Aadhaar with SIMs. He also notes that mobile phones are a storehouse of information about lifestyle, preferences.

“Aadhaar negates pluralistic identities and redues a person to just 12 digits,” he says.

Noting that Section 57 would lead to profiling and even allow State to tap into the decision making process of the electorate, Justice Chandrachud asks the government to bring a data protection regime first.

Justice Chandrachud, in his judgment, says individuals cannot be asked to wait upon the vicissitudes of algorithms. He says authentication data can only be retained for six months.

There was no legal or statutory backing for collection of personal data by pvt entities prior to Aadhaar Act, he observes.

He also differs with the majority judgment on Aadhaar giving dignity of marginalised. “One right cannot take away another. Dignity to the marginalised cannot do away with right of a person to bodily autonomy,” he says.

Justice Chandrachud says UIDAI has no accountability/responsibility for storage or leakage of data.

‘Aadhaar Act as Money Bill a fraud on the Constitution’

Justice Chandrachud reads his judgment. He says the passing of Aadhaar Act as Money Bill is a fraud on the Constitution. Justice Sikri’s judgment however said Aadhaar Bill can be a Money Bill and hence it can only cover benefits drawn from Consolidated Fund of India.

Justice Chandrachud says Article 110 has specific grounds for Money Bill and  Aadhaar law went beyond these grounds. It may have been politically expedient for the ruling party in power to bring Aadhaar Act as Money Bill. But it amounted to debasement of constitutional authorities, he observes.

On that note, he dissents with the majority judgment.

Justice Sikri’s judgment rules out the scare that Aadhaar could lead to surveillance state. “Only minimum biometrics of iris and fingerprints are sought. The information is collected in silos. There is no merging of silos. Authentication is not on the Internet, nature of transaction is not shared and registered devices are used.”

What can be linked to Aadhaar?

However, a person may choose to give his/her Aadhaar card as an identity proof.

Supreme Court says Aadhaar metadata can not be stored for more than six months. The Act allowed storage of such data for five years.

Aadhaar fails only 0.232%. But dismantling Aadhaar now would mean disturbing 99% of the population enrolled. It is like throwing the baby out with the bath water, Justice Sikri remarks.

Aadhaar requirement by CBSE, NEET, and UGC has been struck down.

The five-judge Constitution Bench has struck down the Section 57 of the Aadhaar Act that allows private entities to use Aadhaar for verification purpose.

Section 33(2) that allows UIDAI to share data with specially authorised officers in the interest of national security, has also been struck down.

The Constitution Bench assembles. Justice AK Sikri has authored judgment on behalf of himself and CJI Dipak Misra and Justice AM Khanwilkar.

Justice Sikri says Aadhaar has become the most talked issue in the recent times. “It is better to be unique than the best, he says and adds “Best is number one , but unique means the only one.”

Justice Sikri observes the main argument put forth by petitioners was that Aadhaar infringes an individuals right to privacy. He goes on to summarise various arguments made on behalf of petitioners.

Justice Sikri says there is no possibility of duplicating Aadhaar due to the biometrics and also says it collects only minimum demographic and biometric details.  He goes on to say Aadhaar is “unique in an unparallelled way.”

When a State moved against Aadhaar linking 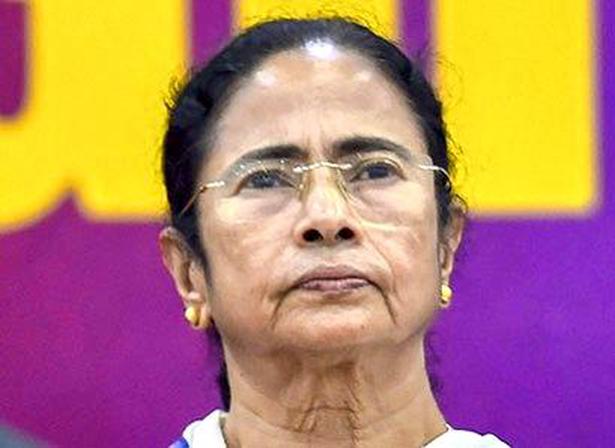 The Supreme Court once pulled up the State of West Bengal for directly approaching the apex court against the Centre’s move to make Aadhaar mandatory for availing the benefits of various social welfare schemes.

“How can the State of West Bengal come here directly? Let Mamata Banerjee come and file a petition as a citizen,” a Bench of A.K. Sikri and Ashok Bhushan said.

The State had filed a writ petition under Article 32 of the Constitution which allows individuals to approach the Supreme Court against state actions which violate their fundamental rights.

As many as 27 petitions were heard against Aadhaar scheme during the Constitution Bench hearing.

Justice KS Puttaswamy approached the Supreme Court in 2013 claiming that Aadhaar violates one’s right to privacy. It is this petition that eventually led to the setting up of a Constituition Bench to decide if privacy was indeed a fundamental right.

As soon as the Aadhaar Bill was passed as Money Bill in the Parliament Rajya Sabha member Jairam Ramesh moved against it.

The petition filed by activist Dr. Kalyani Menon Sen has challenged Rule 2(b) of the Prevention of Money-laundering (Maintenance of Records) Second Amendment Rules, 2017 for mandatory submission of Aadhaar number for individual clients, companies, partnership firms and trusts for opening of bank accounts, maintaining existing bank accounts, making financial transactions of and above ₹50,000 and crediting foreign remittance into ‘small accounts’.

Tehseen Poonawala too challenged the mandatory seeding of Aadhaar with mobile phones.

Every govt. notification on Aadhaar under challenge

Certain provisions in the Aadhaar Act featured prominently in the litigation, they may do so again in the judgment.

Section 7, for instance, is the focal point of the Aadhaar litigation. It mandates that individuals should either produce Aadhaar or his Aadhaar enrollment number to access social services. All the 139 notifications brought by the government under this Section has been challenged in courts. 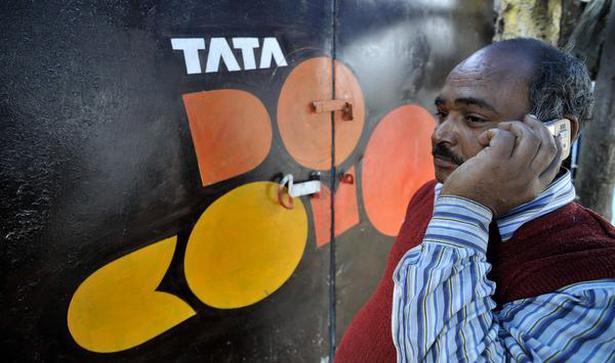 The facilitation of Aadhaar-driven eKYC for the existing customer base would ensure proper verification of subscribers.   | Photo Credit: Ritu Raj Konwar

Another question that is likely to be answered in the verdict is whether the Union government was right in moving the Aadhaar Bill in the Parliament as a money Bill.

While the NDA government argued that since the main purpose of Aadhaar was to deliver subsidies to the hands of the targetted population, Rajya Sabha member and Congress leader opposed it claiming the Bill also allowed usage of the unique number as identity and hence cannot be termed a money bill. 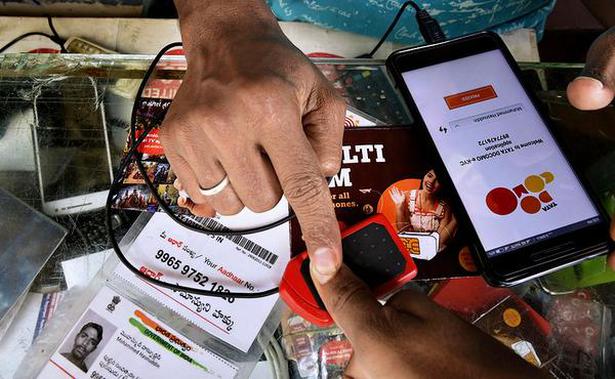 One of the most watched areas in the Aadhaar judgment will be Section 57 of the Aadhaar Act.

Section 57 allows not only the State but also any “body corporate or person” or private entity to demand Aadhaar from citizens for the purpose of identification.

It is this provision that gives statutory support to mobile companies, private service providers to seek individuals’ Aadhaar card for identification purposes. 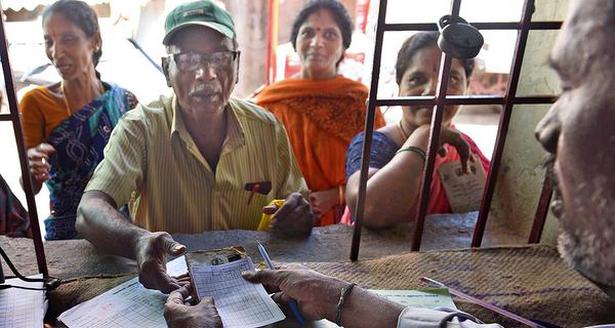 SMART SOLUTIONS: About 49 per cent of the ration cards in Tamil Nadu have been seeded with Aadhaar numbers, says Food Minister R. Kamaraj.   | Photo Credit: M_PRABHU

The Aadhaar (Targeted Delivery of Financial and Other Subsidies, Benefits and Services) Bill, 2016, or simply the Aadhaar Bill was passed in Lok Sabha in March 2016 as a money bill and subsequently became an Act after the President’s nod.

The Act approves UIDAI to create, store and manage unique identity numbers for individuals called Aadhaa. The Aadhaar number will be used to provide targeted delivery of subsidies and services to individuals. Aadhaar can also be used to verify a person’s identity.

The UIDAI is empowered to collect the biometrics such as fingerprints and iris data of individuals.

The story so far

The challenge against Aadhaar had begun even before the Aadhaar law came into existence in 2016.

In hearings that spanned over four months, the government and the Unique Identity Authority of India (UIDAI) time and again stressed before the Constitution Bench that Aadhaar has covered 99% of the population and is voluntarily accepted as a unique identifier by the masses.

On the other hand, 27 different petitions argued that Aadhaar is an electronic leash that leads the gullible citizen towards a totalitarian State. The record of personal data of every citizen would enable the State in future to profile citizens, track their movements, assess their habits and silently influence their behaviour.