Indian cities such as Delhi, Varanasi, Patna count amongst one of the world’s most polluted.

In a rapidly progressing world, the amount and speed of e-waste produced and natural resources consumed is rapid as well as alarming.

However young ventures and entrepreneurs are taking the damage to our planet’s climate seriously and turning the problem into profitable businesses.

Here are some startups aiming to make a difference to our blue planet:

Bakeys: Plastic is choking our planet. Plastic cutlery is widely used in hospitality and FMCG sectors to package and serve meals. 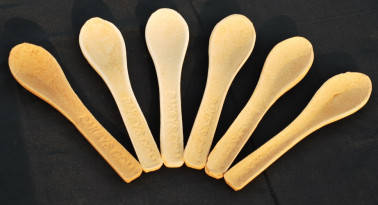 An Indian startup Bakeys worked on the innovative idea of completely removing plastic cutlery and replace it with edible ones.

It launched crowdfunding campaigns on Ketto and Kickstarter with an original goal of raising USD 20,000 and instead secured USD 104,000 in funding with 20 days still to close.

Korra: Primarily aimed to bring the customer closer to the market, Korra claims to produce jeans with a focus on sustainability and for this reason stays away from mass production.

It claims to use recycled and environmentally friendly products during the production process.

It was founded in 2013 with a seed funding of USD 300,000 by ex-Director Merchandising Global Hub at Levi Strauss’ Shyam Sukhramani. As of now, it has helped design and install installations in more than 500 locations across 14 states in India.

Their website keep tracks of power units generated, CO2 emission reduced and water saved in a day in its installations.

The Hyderabad based company started with a seed fund of USD 500,000 and raised USD 2 million for Series A from Infuse Ventures and The Chennai Angels.

Smart Air Filters: Delhi-based Smart Air India was launched in 2013 around the time when pollution levels reached alarming levels in the National Capital.

It is a clean-tech startup that promotes affordable air purifiers as a low-cost solution to indoor particulate matter air pollution in India, China and Mongolia.

The company offers DIY (Do-it-yourself) air purifiers for as low as Rs 3,959 which is suitable for a 150 sqft room.

Roti Bank: Excess food and subsequent wastage is a major problem in colleges, institutions and business parks in major cities across the world.

A non-profit initiative by four members of the Mumbai Dabbawalas Union aims to reduce it by targeting one of the major source of food wastage in India – weddings.

A network of 20 dabbawalas, after their work collect leftover food at wedding and functions across Mumbai and distribute it among the homeless and needy.

Log 9 Materials – Brainchild of 23-year-old IITian Akshay Singhal, this startup is working on products which have a positive impact on the environment.

It is working in areas of water purification, efficient energy storage and display and air purification. It is collaborating with the Indian Institute of Sciences (IISc) and has a research and development centre in Bengaluru.

The company is self-funded by Singhal and his family with Rs 40 lakh apart from IIT Roorkee’s Rs 20 lakh investment to develop PPuF – a plug-on filter for cigarettes that removes toxins from smoke without compromising the flavour of the cigarette.

NextDrop; Founded in 2011, the Bangalore based startup aims to solve water scarcity in the city by by creating ‘the internet for water’ service. Their ‘Smart Grid-Lite’ product collects and shares water delivery information with city residents and water utilities. It enables services to become more proficient.

Nextdrop asks the valve men to SMS the reservoir status to engineers who then decide on the schedule for water distribution according to areas.

Nextdrop then SMSs the schedule to the people (subscribers) for a small amount.

The company has a pilot in Hubli-Dharwad district of Karnataka and claims to have more than 70,000 subscribers across Karnataka.

Pastiwala: Founded in 2010, the Vadodara based startup organises collectors and recyclers of waste paper.

Currently operating in Gujarat, the startup collects paper from industrial units and households, recycles it, and bring it back into use.

People can call or book an online appointment and Pastiwala will send one of its vehicles to collect their paper based waste.

The startup currently has six material recycling facilities that can handle 56,000 tonne of recovered paper and plastic every year and a fleet of 25 three wheelers, 10 mini trucks and 20 trucks to support the task.

It was the first ever organized waste paper collector in India and raised USD 4 million in its Series A funding in April 2015.