We are today classified as a water-stressed economy

Having spent the last four days in Dhanachuli, a small village in the hills of Kumaon, I was reintroduced to nature’s bounty that India receives. Lush green valleys, forested mountainsides, and gurgling streams and rivulets that have come alive in the monsoon season.

The most striking feature during this season is the sheer abundance of water all along the way. The river at Kathgodam has become a mini-torrent; the Ganges at Brij Ghat is majestic with its mile long span and high water level that threatens to drown the pillars of the railway bridge; and, the Yamuna too resembles a mighty river that it is as we cross the DND.

With all this bountiful water bestowed by nature during the two monsoon seasons, year after year, it is supremely ironical that India is today classified as a water-stressed economy.

Isn’t it a real shame and sad comment on the state of our society that we allow all this water to go waste, indeed cause havoc on occasions through devastating floods, and leave the land parched during the long summer months.

The almost crisis-like state of India’s water economy points the need for revamping our planning, governance, development and civil society efforts for resurrecting India’s water economy. That this can be done has been amply demonstrated in Gujarat. It has managed to transform its water situation through a series of measures.

These have included bringing the Narmada waters to resuscitate the dried up riverbeds of Sabarmati and other rivers; construction of hundreds of thousands of check dams to substantially enhance water-carrying capacities of rivers; de-silting ponds and tanks and introducing water harvesting on a large scale for re-charging the underground water reservoirs; and charging farmers for electricity used for pumping groundwater for irrigation.

The positive results are there for all to see. The short point is that the water crisis can be averted if only the people led by their political representatives resolve to do so. The Gujarat experience can surely be replicated across all other states and regions.

This collective resolve (sankalp), which Prime Minister Narendra Modi called for in his Independence Day speech this year, is the key to solving India’s rising water problem. We don’t need fancy ideas and advice at this stage.

Solutions are fairly straightforward and well-known. What is needed is to somehow infuse the “water conservation” consciousness among the people and urge them to come together to make this a collective cause in which all of us must participate.

More generally, development activity, of which addressing water conservation is one important component, must become a collective endeavour. An endeavour that evokes the creative and constructive energies of all our people across classes, castes, communities and ethnicities in a festival of development that benefits everyone and whose fruits are not appropriated by a handful. 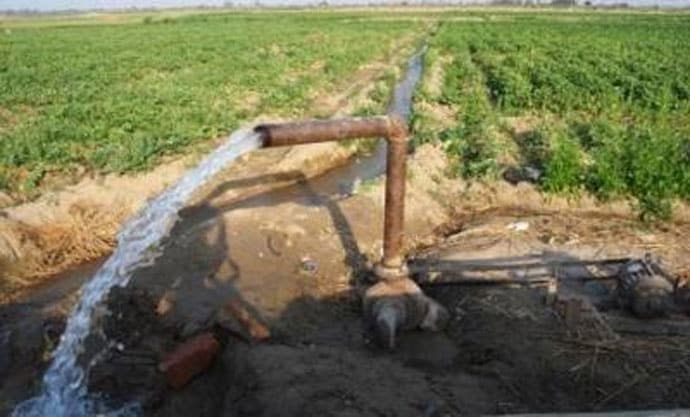 Converting development into a mass movement is now the need of the hour. The essential condition, of course, is to ensure that having gotten swarajya (independence) we now establish suraj (good governance) at all levels.

This will, of course, take time and effort but the good news is that a strong beginning has been made over the last three years. This movement for good governance has to be both deepened and widened.

It will then radically transform the nature of the relationship between the government and the common people. Currently, government officials and leaders rule over the people. This does not encourage collective participation and instead results in collective alienation of the people from the government which is seen as exploitative and oppressive. Suraj, when established, will establish accountability and invite and encourage peoples’ participation.

Therefore, we must all understand the critical importance of good governance at all levels of the government and make it accountable. Currently, each one of us is encouraged by our circumstances and prevailing practices to think only of our own short-term self-interest without any thought to the national cause or societal concerns. This is reflected across all aspects of our lives. All of us are constantly searching for and taking steps to find our own private solutions for our problems.

The unfortunate result is that public problems like water conservation, worsening law and order situation, deforestation, urban and rural squalor, break down of basic education and health systems, etc, have not only not been addressed but have also become more acute over time.

It is time to reverse this malaise. The people’s mindset will then begin to change towards making development their own priority. Water conservation can provide the perfect start.

There has to be conscious and concerted effort at large-scale replication of successful projects undertaken in any part of India. These should include both government and civil society initiatives undertaken by development partners. Scaling up these local initiatives that include an entire range of water conservation and capacity augmenting projects could produce amazing results.

In addition, we have to resurrect ambitious projects like the inter-linking of India’s river basins that will help push back the current cycle of floods, droughts, water scarcity and rising social strife.

Water is but an example of the need to move from a paradigm of “ruler and ruled” to one of societal partnership in which all stakeholders — governments, business, civil society and domain experts — work collaboratively on the basis of trust for serving the national interest. The new generation born in the 21st century must devote itself to this task.

The views and opinions expressed in this article are those of the authors and do not necessarily reflect the official policy or position of DailyO.in or the India Today Group. The writers are solely responsible for any claims arising out of the contents of this article.