Poverty elimination has been the prime endeavour of every government in independent India.

As India attained her independence, Dr Rajendra Prasad, the country’s first president urged the nation to commit to creating “conditions to enable each individual to develop and rise to their fullest stature, such that poverty, squalor, ignorance and ill-health would vanish, along with any distinction between high and low and between rich and poor”.

Poverty elimination has since been the prime endeavour of every government in independent India. The success (or failure) of any nation can be measured by the success it has had in eliminating poverty and hunger.

The Modi government in its attempt to alleviate poverty and increase the standards of living has launched the Mission Antyodaya, with the catch phrase, “poverty quit India”. The first phase of the mission is from 2017 to 2020 and seeks to make a difference in the lives of one crore households in 1,000 days. To attain this, 50,000 Gram Panchayats have been selected for the implementation of the scheme and they have been organized into 5,000 rural clusters. The broad aim of the mission is to enhance accountability and converge various schemes to transform lives and livelihoods with measurable outcomes.

The government has stated that 21 parameters divided into three levels of assessments — infrastructure, social development and protections, and economic development and diversification of livelihoods — will be measured. Of these 21 parameters, two have drawn a lot of attention and become the source of debate.

The first is the Rs 10,000 threshold, for a household to be considered a healthy savings bank account. This appears to be an attempt to measure asset poverty rather than merely considering income poverty. However, given that the government had earlier launched the Sansad Adarsh Gram Yojna, (SAGY) with much pomp, but failed to make any real progress, it is not clear how the government will ensure a minimum of Rs 10,000 for each household.

Villages adopted under the SAGY, were to be developed with no additional funding and hence the scheme didn’t see much progress. As such, it remains to be seen whether the new scheme is another eye-wash by the government as it realizes that demonetisation has severely crippled the rural economy. 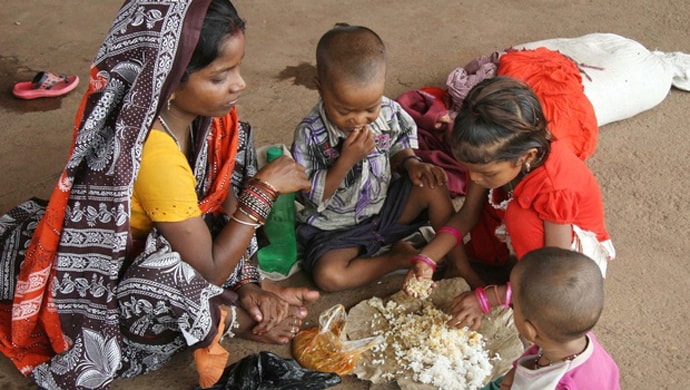 The second is the criteria for measuring the number of households with “bank loans for diversified livelihood”. While access to credit is cardinal for ensuring development in rural areas, the government hasn’t specified how it will meet the rising demand for credit, especially because it is already grappling with rising non-performing assets (NPAs).

Further, the government hasn’t been able to respond to the demands of farmers seeking loan waivers in various parts of the country, including those from Tamil Nadu who have been protesting in Delhi for months. In such a scenario, should there be a drought or any event that severely disturbs the economic activity, how will the government address the potential defaults/demands for waivers?

The economic policies of this government have been criticised for the lack of prudence by many as the government appears to be afflicted by policy disorientation. For instance, while it stated that the demonetisation drive was to curb black money and corruption, the rationale of introducing a rupees 2000 note is baffling.

Even a year later, except for “celebrating” the anniversary of demonetisation, the government has not listed down what it achieved by its “Tughlaqesque” decision. Likewise, after deriding the MNREGA as the “living monument of UPA’s failure”, the Modi administration has had to eat its words and continue the scheme to aid in poverty alleviation. In fact, the MNREGA is a major aspect of mission Antyodaya. The changes in GST slabs also imply that the BJP is confused about policy making and is not giving a deep thought.

The policies of the government lack clarity and appear to be designed to keep the middle classes happy. The government is yet to take pragmatic steps to ensure the myriad problems of India are addressed. It has sadly restricted itself to making fancy presentations and juggling with numbers to embellish its report card which doesn’t look very impressive, given that in the past three years they have nothing major to write home about as their achievements. It’s high time the government moved away from its claque and focussed on actual performance.